Spent some of yesterday at the Tulsa Gun Show. It was my first time - nice size, but the visitor numbers were down apparently...

Saw some folks I like and wanted to talk to, pretended I didn't see one guy I can't stand - one of the select group of antique gun dealers who are borderline crooks. This guy deals in Winchesters, hails from Florida, and has some wispy hair quickly turning from red to white... Kinda sad as he reflects poorly on dealers - particularly since there are a couple other guys in Florida who trade in Winchesters and really know their stuff... Wouldn't trust him if I was drowning and he had a life preserver...

Regardless, if you are going to get into antique guns, learn who is who and what is what, so the education is less expensive...
Posted by Liberal Gun Guy at 9:09 PM No comments:

OK - here I start up a blog about firearms and I don't even d o anything - unfortunately there is too much going on in my personal life (about to move 3 states away) to a new job.

yay
Posted by Liberal Gun Guy at 12:20 AM No comments:

One of the reasons I am writing a lot of this anonymously is that I am currently in a job that would, well, come to a very public end if I were outed as supporting anything other than the political right.

I am about to move to a new job at which no one will care about my politics. I CAN'T WAIT!

Until then, I continue to receive emails like the following:

Professor Olson adds: "In aggregate,the map of the territory Republicans won was mostly the land owned by the taxpaying citizens of the country. Democrat territory mostly encompassed those citizens living in government-owned tenements and living off various forms of government welfare..."

OK, not only did Olson not write this but the numbers are wrong. This is the kind of crap I have received daily from Conservatives of every flavor for the last five-plus years. I have, on occasion, pointed out to certain individuals that their emails are incorrect and have requested to be removed from mail lists, but have not been able to go further, afraid to out myself and lose my job.

And for those thinking that this is paranoid in itself, please take a look at what happened to Jim Zumbo, formerly of Outdoor Life, and Dan Cooper, of Cooper Firearms. I'm telling you, the firearms world will eat their own young to survive.

LGG
Posted by Liberal Gun Guy at 12:57 PM No comments: 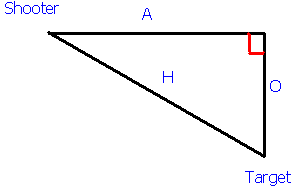 Posted by Liberal Gun Guy at 11:10 AM No comments:

Tools of the Trade

OK - the big news today was the rescue of Captain Richard Phillips after a trio of US Navy Seals eliminated three hijackers with headshots at 75 feet. This is quite a job after parachuting onto the deck of a destroyer and then shooting off of the rolling aft deck of said tin can.

What allowed these three to operate effectively (in addition to being amongst the best troops in the military) was likely the Mk 11 Mod 0 Sniper Weapon System - AKA the Navy variant of the M110 Semi-Automatic Sniper System. The capabilities of this system are more apparent at ranges of 100 yards or more than, say, the M16/M4 system, but you also get what you pay for. This system bought on the open market - sans suppressor, is likely about $10,000 right now, what with the public interest in any black rifle they can get their hands on.

If, however, you are planning on padding your 401k via reselling ARs and AKs, hold on to your horses. It appears that the Right may be wrong. Here is one article claiming what most of us on the left have believed all along - the President and the Democratic Party have more important things to do than take away our guns.

OK - now to just wait for people to actually read this and then shower me with abuse...

LGG
Posted by Liberal Gun Guy at 11:04 PM No comments:

Clarification on American Guns in Mexico

OK - here we go. I've been thinking about doing this for awhile, but I finally got to it.

I want to start this off with this article about the guns getting into Mexico... Fox News isn't exactly my favorite, but this does make some good clarifications about the subject.

LGG
Posted by Liberal Gun Guy at 12:09 PM No comments: